Giving a little Thanks

Happy Thanksgiving everyone!
Posted by Unknown at 1:13 PM 2 comments:

Wow, how time flies when you can't remember it.

Orbit has been achieved!

Right now as I write this I am sitting on the couch, the wife is lying in bed reading with the occassional snore, the kids are long ago asleep and snoring, and I am attempting to relate my birthday, insomnia, and humor into something that other people might wish to read whilst I enjoy my 3rd small glass of wine (Sweet Red, Sutter Home). Unfortunately, I am still not tired. I can honestly say, at least for me, that insomnia is one of the worst symptoms that MS brings to the table. For some it is the inability to walk, balance, talk, thing coherently, numbness, tingling, and the multitude of other annoying and horrible symptoms that MS is known for. As for me personally, nothing is more annoying that listening to everyone else peacefully sleeping as I sit here in this very small town that is essentially closed for business once the sun goes down where I am unable to enjoy the benefits that sleep brings. On the good side though, it gives me ample time to work on my pacing skills, my stumbling, my controlled falling, and time to write oddly interesting blog posts like the one that you just read. Hopefully you enjoyed it, and thank you for the “Happy Birthday” wishes that you silently wished me when you realized that this post was mostly about it being my birthday. Thank you. Whilst this may not be the life that anyone wanted or imagined, it is something like it... 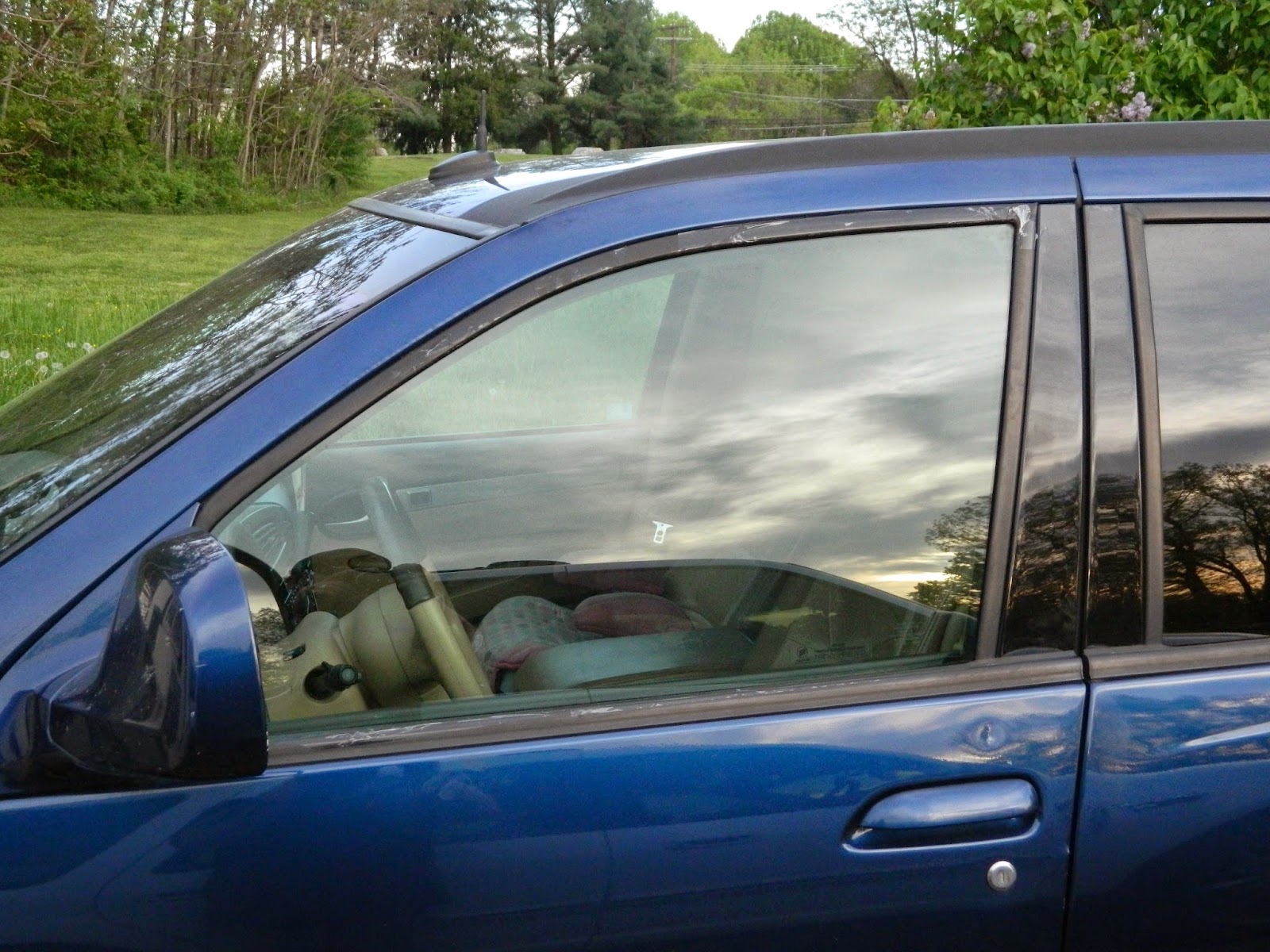 The window in operational order! Yay me! 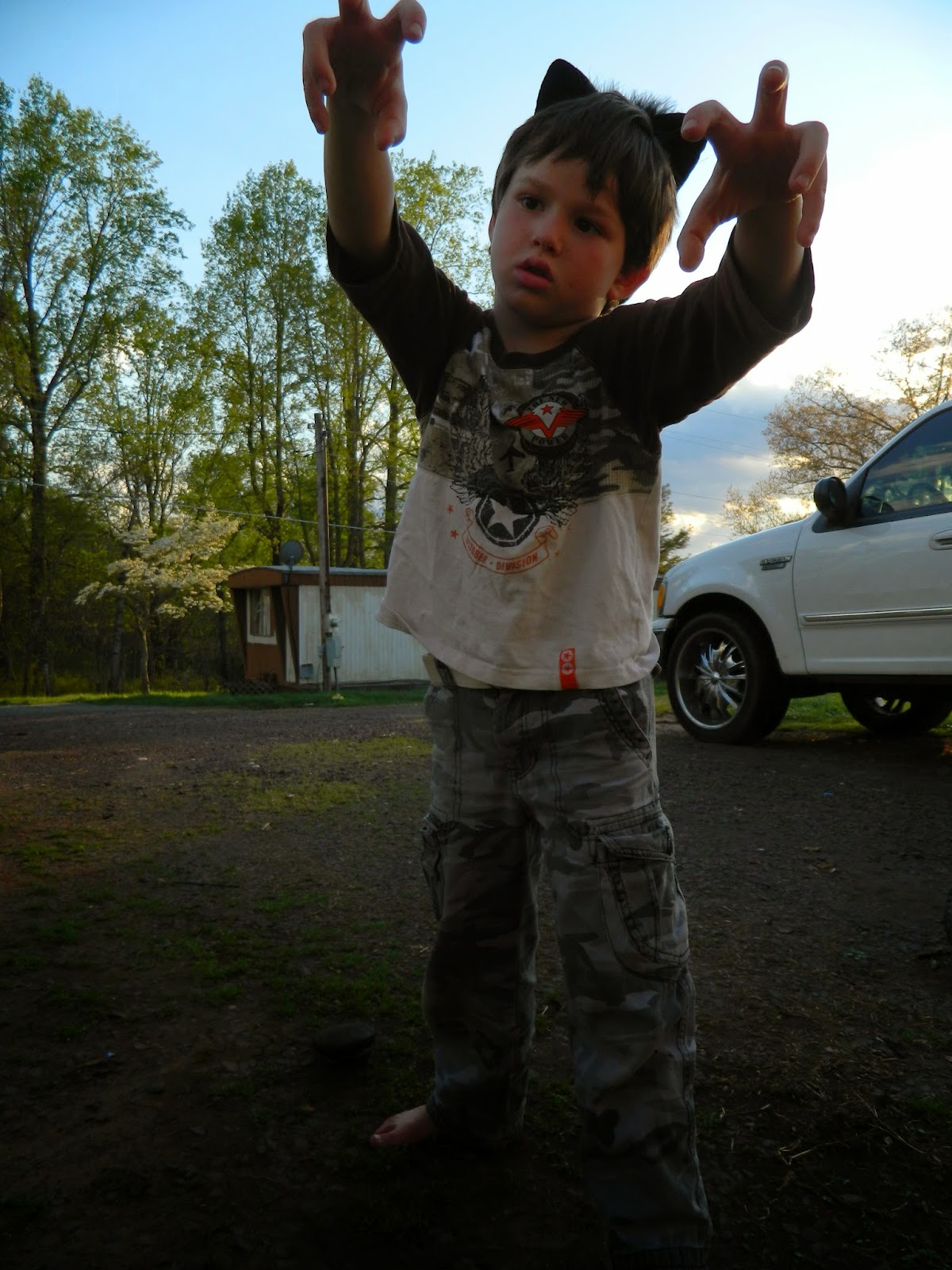 My son being a zombie. 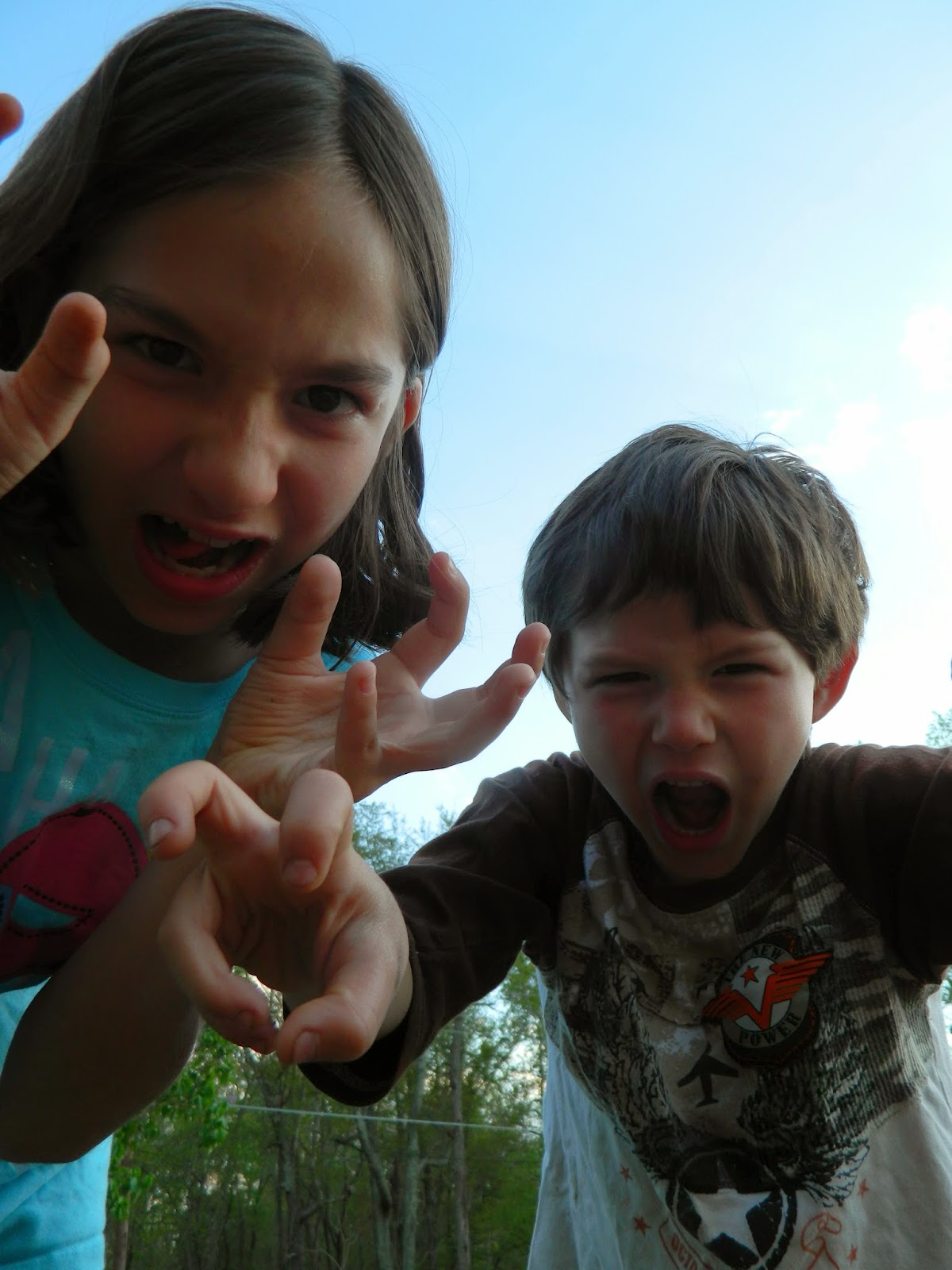 Both of my youngest children in full zombie mode. 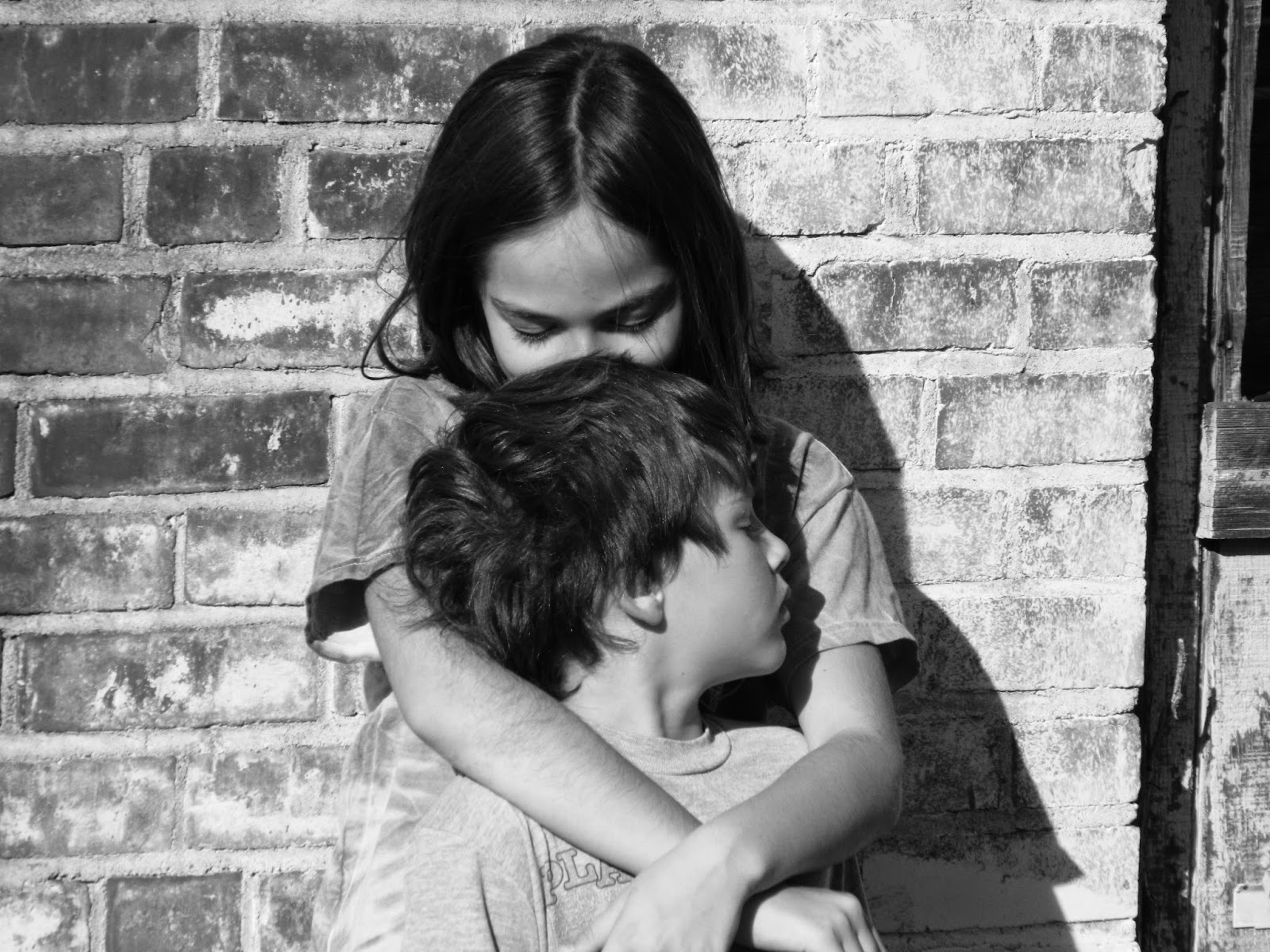 Photo shoot I did of my kids last weekend. 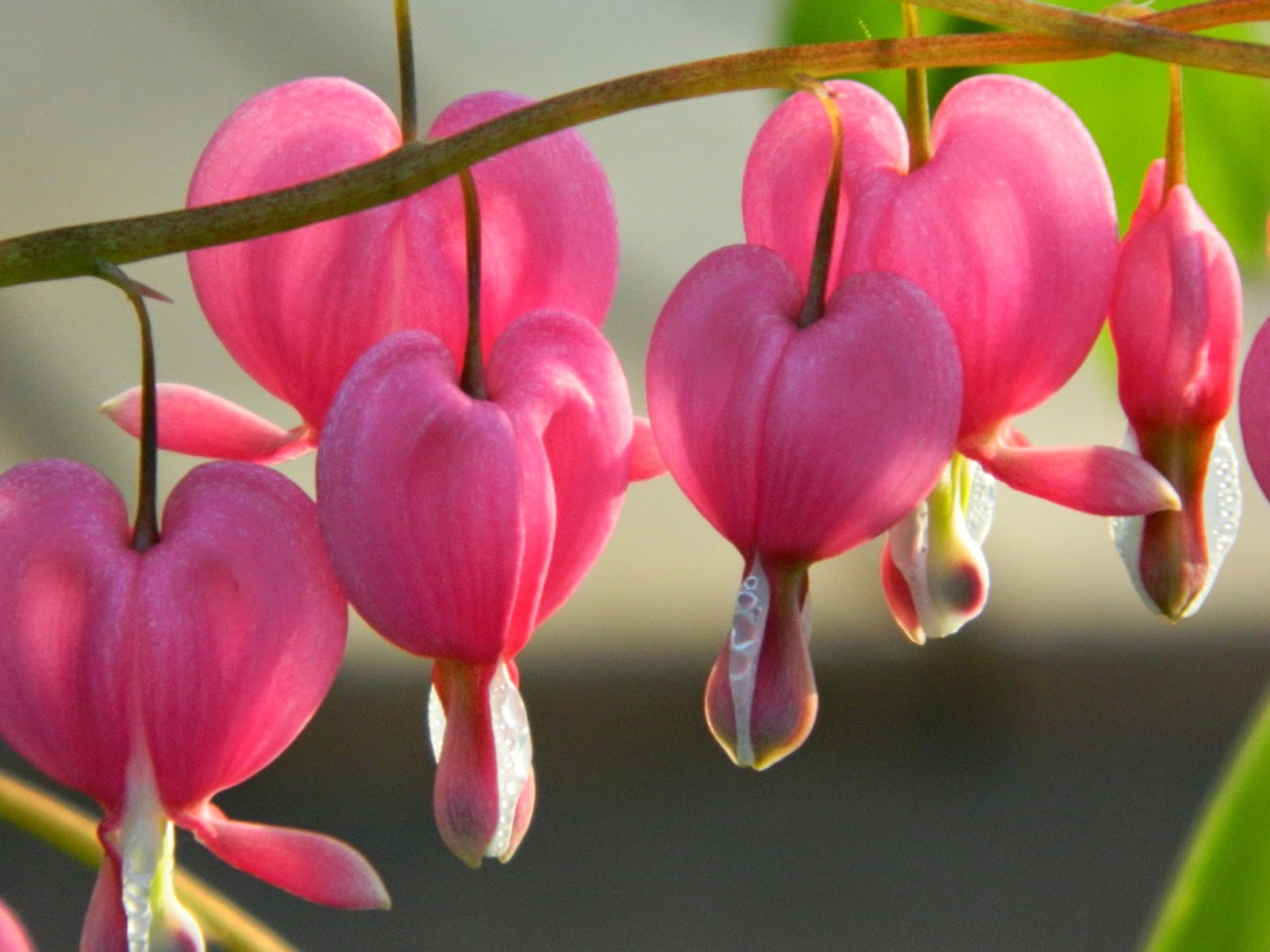 Another photo I took last weekend. 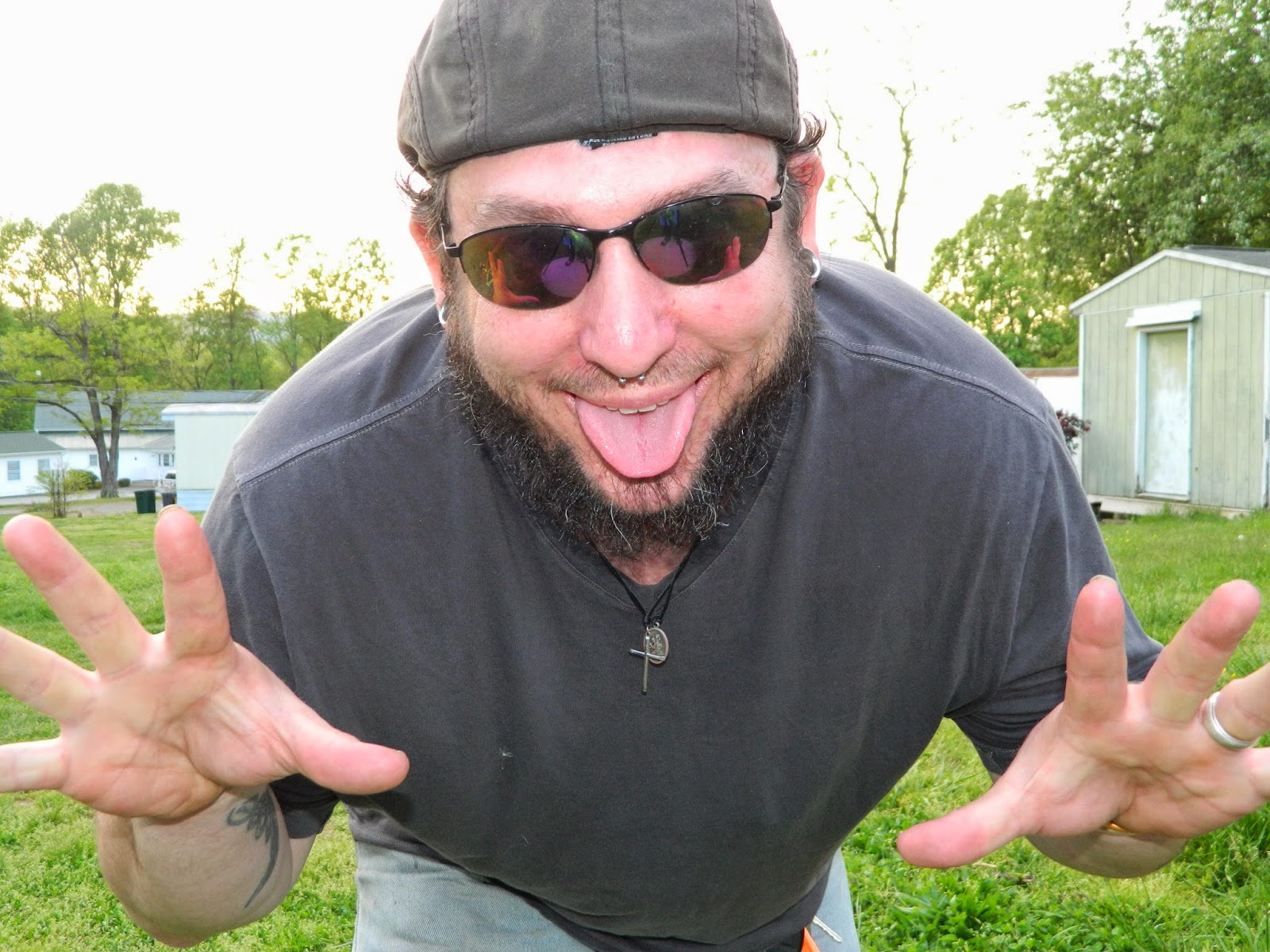 A photo my son took with my camera this 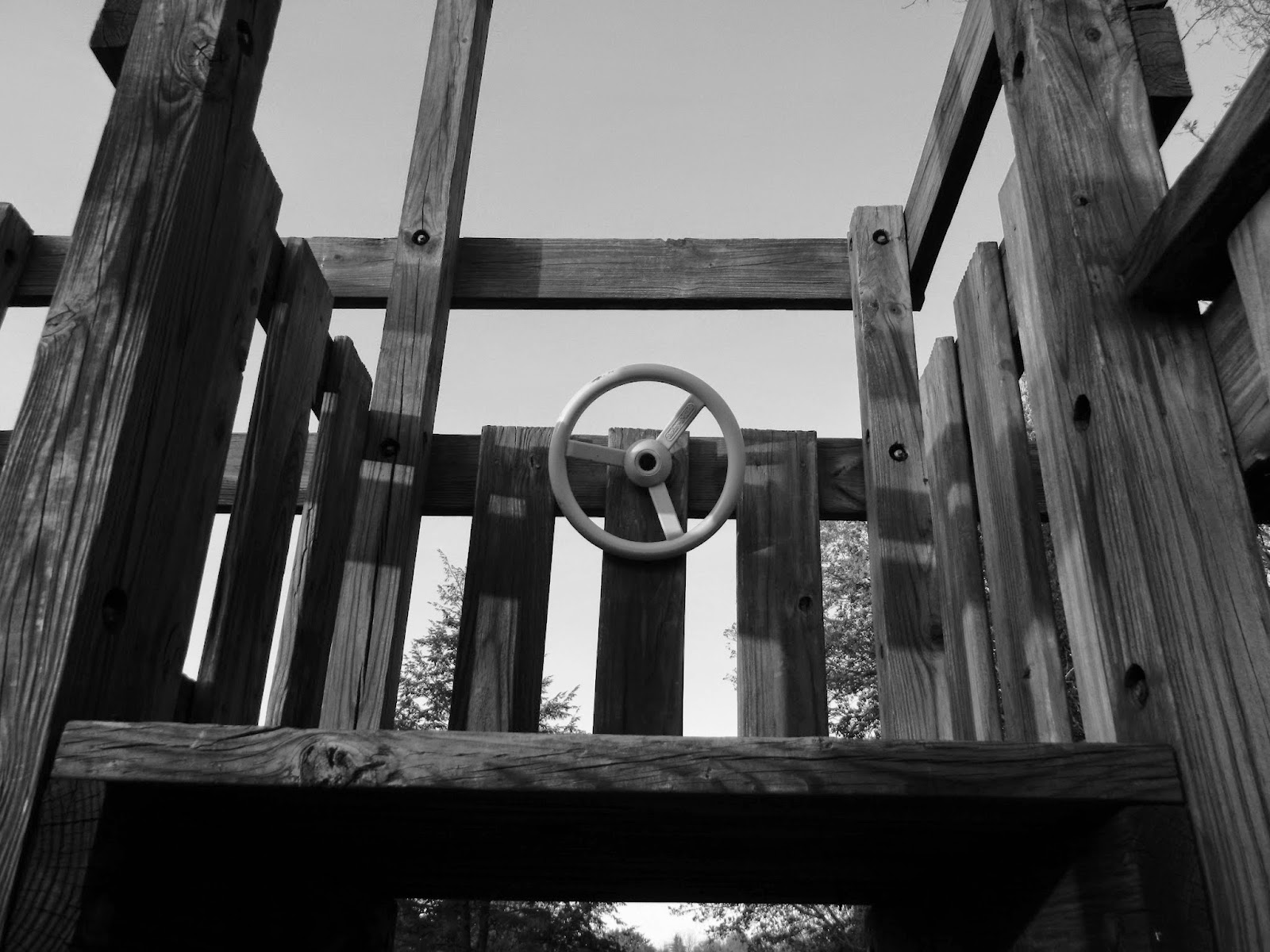 Another photo from last weekend. 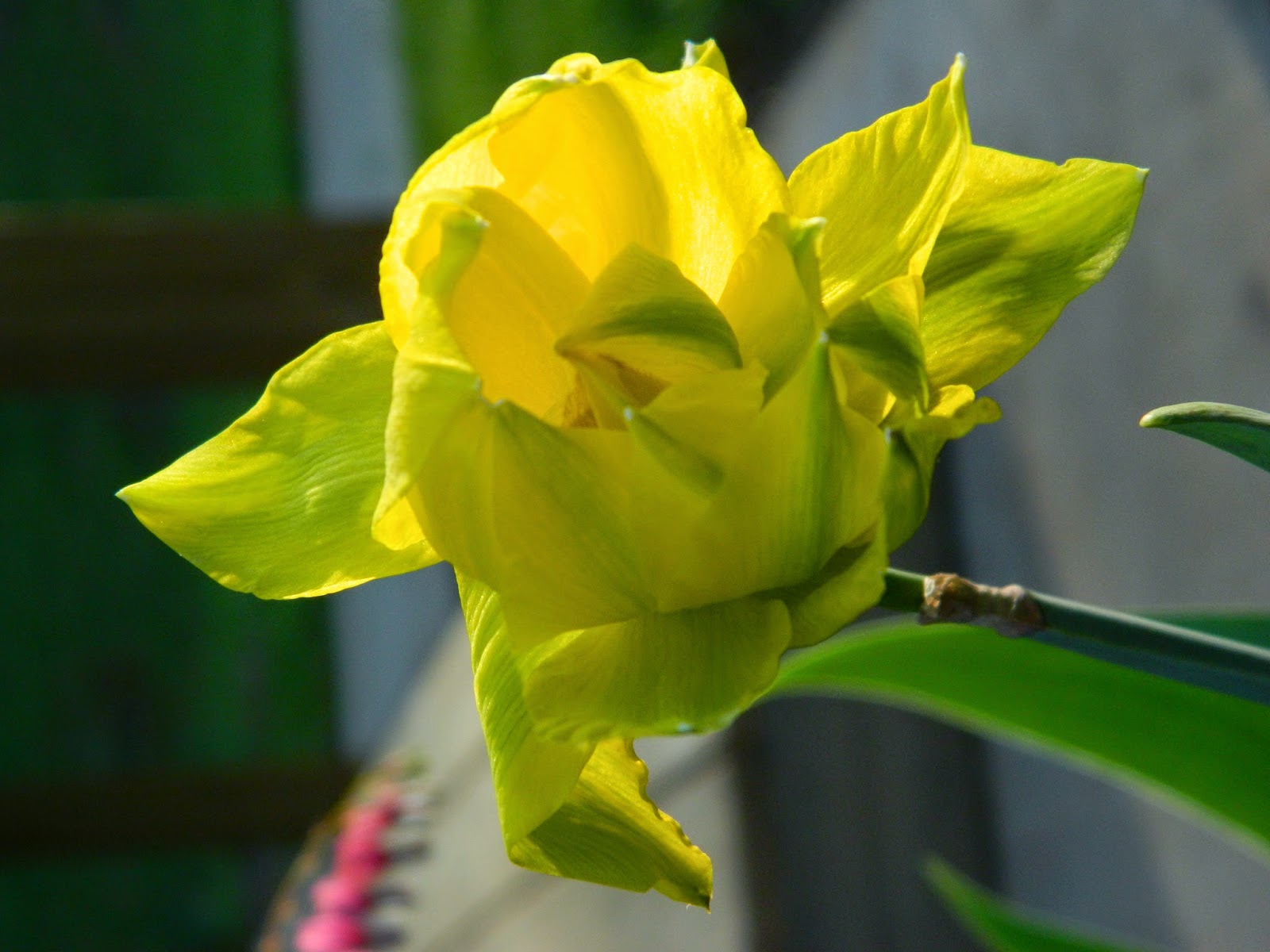 Yet another photo I took. 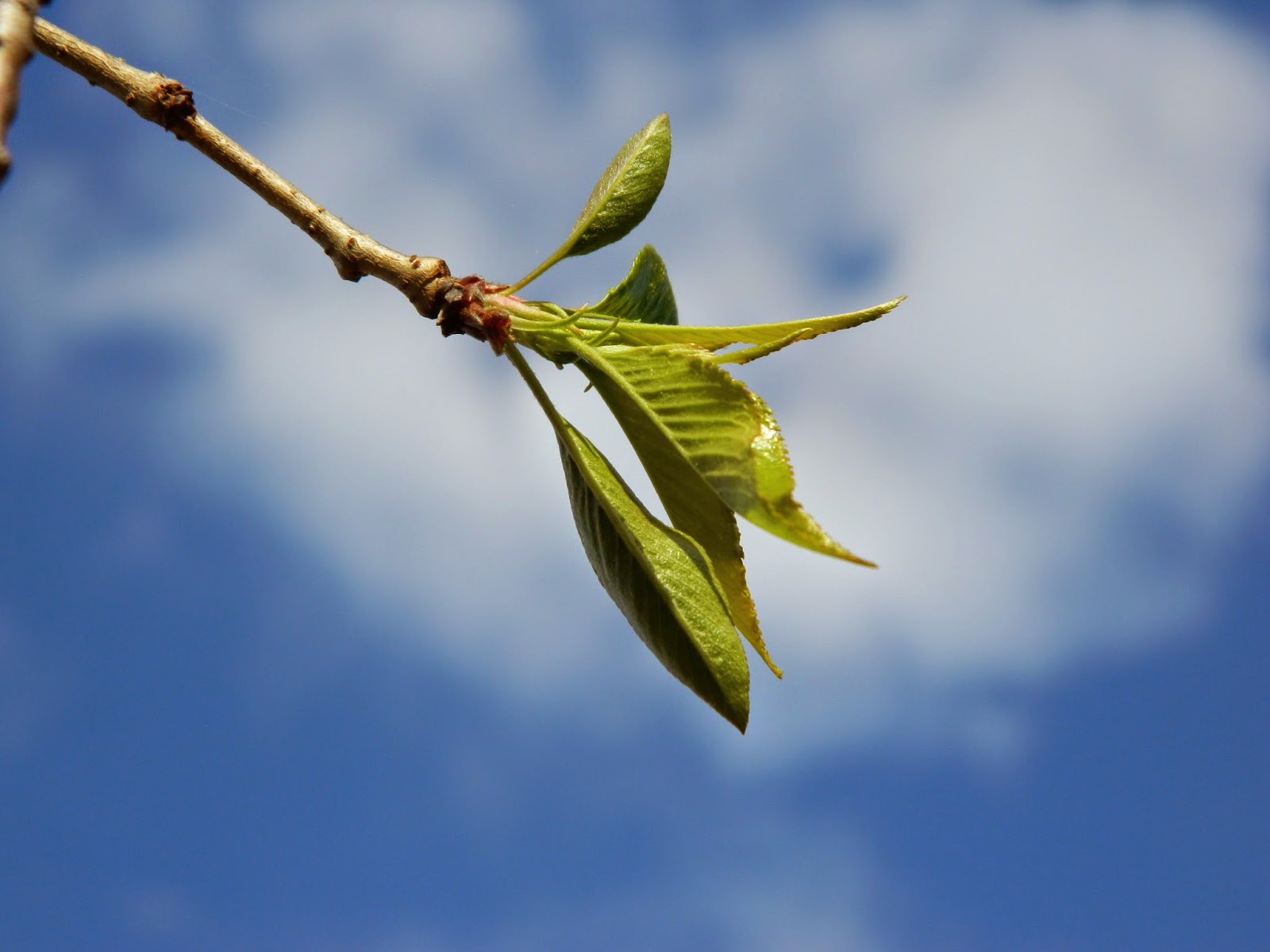 The beauty of spring. 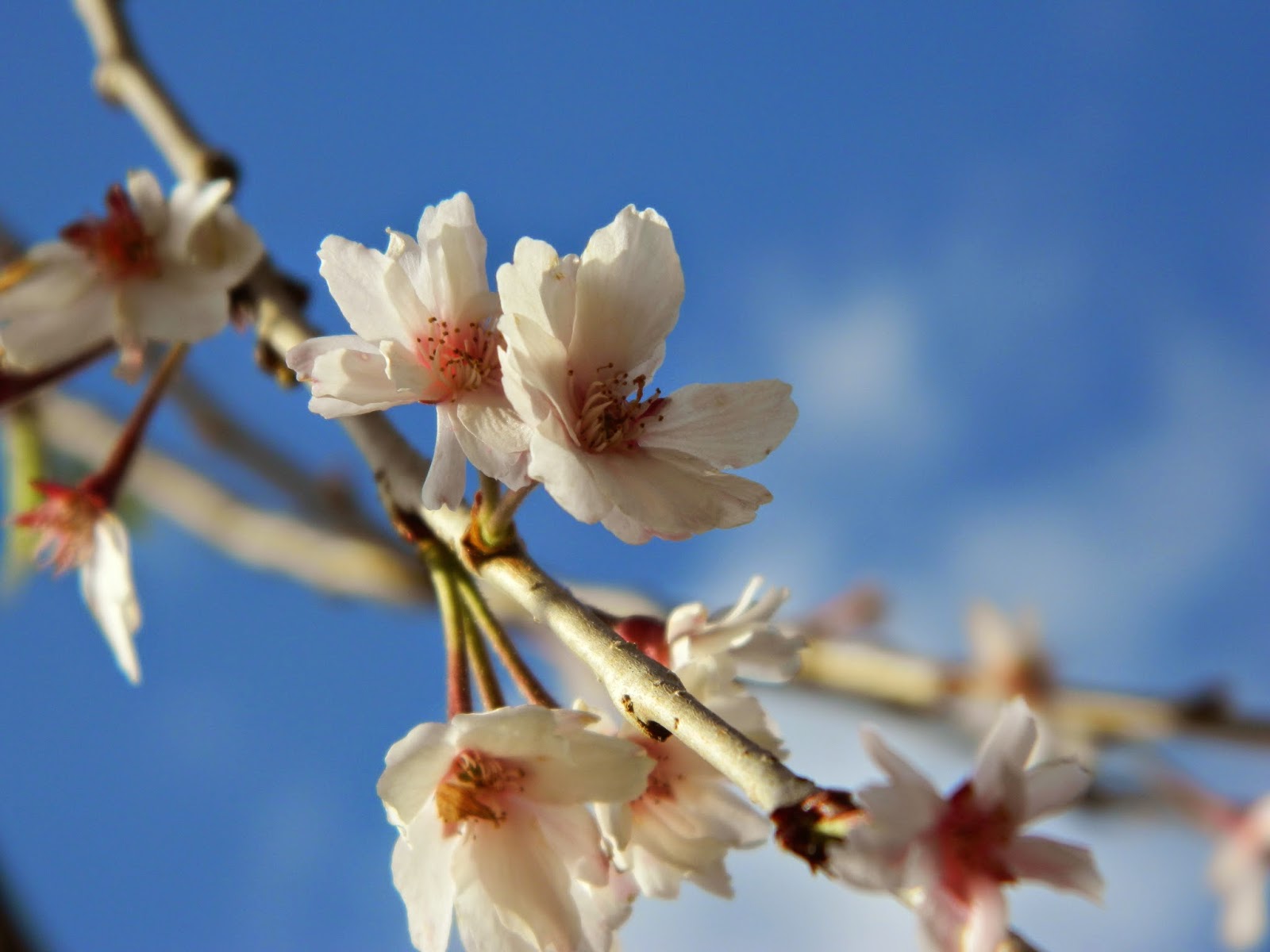 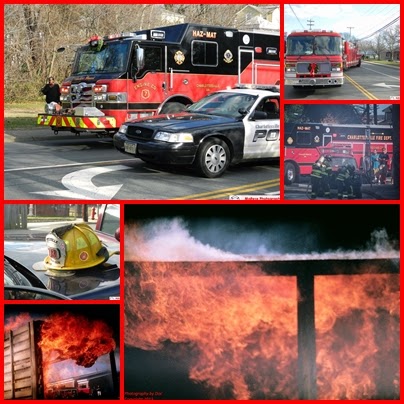 Beware the numbness of March

Welcome to March. With any luck this month will bring an end to the many bouts of snow and freezing arctic temperatures that have been plaguing this area during this winter season. It has already brought a gift to me, and that gift is a new symptom. YAY to symptoms! Welcome, gradual progression of numbness to my left hand.
A few days ago I began having numbness in my left pinky and ring finger. Now, numbness is nothing new in the world of MS, so against the wishes of my wife I didn't call my neurologist to report the newest symptoms. Within 3 days, I found that this numbness has become greater and has taken over more than 90% of my left hand and is approaching my wrist. Interestingly enough over the past few days I have noticed that sometimes the numbness seems to abate and then it comes back again without any warning. These strange little occurrences are what makes MS such and interesting and unpredictable disease. One day you have a certain set of symptoms that you have been used to and worked your routine around, and then the next day another symptom appears and you try to figure out how to work the new symptom into your daily routine. This is where I am at now, but thankfully (unlike my wife) I don't really use my left hand for much and thus this numbness is not much of an inconvenience. After so many years as a fireman, I always live the firefighter motto of Improvise, Adapt, and Overcome. MS really does make those words a staple to daily life.
Many people will tell you that any time you discover a new symptom whilst living with MS, you should immediately notify your medical team. For those who aren't aware, your medical team consists of your primary care provider, your specialists (ie. Movement disorder doctor, neurologist, nutritionist, etc), your spouse (if involved in your care), and any other people that you keep personally involved in your illness and disease management. My wife is my biggest advocate when it comes to the management and maintenance of my disease, and as much as I love her, she is also my biggest pain in the ass. No matter what though, I enjoy every moment that she spends driving me insane when it comes to my symptoms and ensuring that I notify the rest of my team and the way she tries to keep me on top of my medical needs. This is what many people with MS are not always able to have as their disease progresses, a never ending advocate.
When my wife and I first sought the truth behind my strange symptoms, the first thing that my mother said to me was that my wife would be the first one to kiss me goodbye as I got sicker. Now that we have been through 4 years of knowing generally what we are in for, several symptoms, multiple medications, the terminal wait for a decision from Social Security, and an unbelievable amount of doctor's appointments, she is still by my side and still maintaining control of my health. Although I often find myself surprised by the number of people with MS who regale others with the way they were abandoned by their family and friends once their disease began to progress or once they informed other that they were sick; I unfortunately find myself understanding both sides of the equation. Whilst it is extremely hard for anyone to watch the person they care for begin to “fall apart,” it is also hard for those of us with the illness to place a burden on anyone that we care for. So, who should leave whom? Should the person who is sick be the one to leave to keep from being the burden that they are afraid they will become, or should the loved one leave so that they never have to be burdened. I propose the opposite.
My wife and I have made my disease progression a source of amusement and constant humor within our household. My spasms, forgetfulness, lack of coordination, and general craziness that comes with MS have been a great source of fodder for the entire family. I remind my children constantly that payback is going to be a bitch with all the diaper changes that I have had to perform for them and the incontinence that will be progressing for me. My wife reminds me of the life insurance we have on me and how at any point she can cash in on that by increasing the danger within the house for me by simply rearranging the furniture. I remind myself of the humor every time I try to do something simple with my hands and watch as I fumble for ages whilst trying to accomplish the task. The latter can be especially funny when it comes to anything with buttons, and if you don't believe me, wait until your MS progresses and then buy a whole bunch of button down dress shirts and let the hilarity begin.

What I look forward to the most this March however, is that I am one step closer to reaching my goals. Those goals include being able to walk (for the most part) and being with the ones that I love. My wife and kids are still here with me and driving me just as crazy as always. My wife is still getting on my case about notifying my medical team about the changes in symptoms and getting my bi-yearly MRIs done. My kids still find it funny to litter their room with strategically placed toys in order to slow me down from being able to reach them when they are misbehaving. Even the cats have coordinated themselves and the way that they get into the proper position to trip me up whilst moving around the house. Personally, I think that I should just use my wheel chair around the house as payback to them, but for some reason the wife and kids won't let me. Lucky cats. For now at least. Every day I am reminded of how many things there are to laugh about when it comes to having MS and how many things there are to be thankful for. After all, it is not the life that I have chosen, but it is something like it.
Posted by Unknown at 11:01 PM No comments:

In conclusion, I write this as the topic for this month's blog as I find myself in constant pain and find that although I never wanted medication initially, I too was unaware of the level of pain that comes along with MS as the disease progresses. Now that I have been living aware of my disease for these past 4 years (almost), I realize that there are many questions that will never be able to be answered merely by reading other MS-ers accounts of their illness. What can be gleaned by reading and research though is an insight into the many different ways that this illness affects those with it and how many have dealt with it both in management and in maintenance. These accounts can also give an insight into ways that you might live with and deal with MS as it pertains to you. Or, as I have discovered through my own twisted way, different things within the MS world that can cause humour, comfort, perspective, and the medicinal power that only laughter can bring. For as I have always said, this may not be the life that anyone ever imagined having, it is something like it.
Posted by Unknown at 9:47 AM 1 comment: